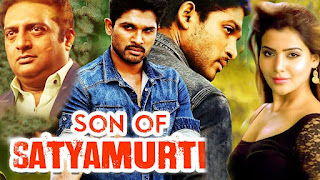 The film revolves around three characters; the first follows his heart, the second uses his brain and the third uses his brawn. The first is Viraj Anand, the son of a billionaire named Satyamurthy, who gives his money to creditors after his father’s death. A creditor still owed money is Paida Sambasiva Rao (the second of the three), whose daughter Sameera falls in love with Anand. Sambasiva Rao informs Anand that he has to produce documentation of land sold by Satyamurthy to a landlord, Devaraj Naidu (the third of the three) to marry Sameera. The rest of the film focuses on the consequences faced by Anand and Sambasiva Rao’s change in viewpoint toward Satyamurthy.

In addition to directing the film, Srinivas wrote its screenplay. Initially planned as a multilingual film shot in Tamil, Malayalam and Telugu, the producers filmed in Telugu and dubbed it into Malayalam with the same title. Devi Sri Prasad composed the score and Prasad Murella was its cinematographer. Production began on 10 April 2014 at Ramanaidu Studios in Hyderabad. Principal photography began on 22 September 2014 in Hyderabad, lasting until mid-March 2015. Except for three songs filmed in Europe, the rest of the film was shot in and around Hyderabad.

The Telugu version was released worldwide on 1375 screens on 9 April 2015 to a lukewarm response, and the Malayalam version was released on 24 April 2015. On a ₹400–500-million budget, S/O Satyamurthy earned a distributor share of ₹519 million and grossed ₹905 million. The film was an above average grosser based on the return on the distributors’ investment of ₹540 million. It is in seventh place on the all-time list of highest-grossing Telugu films at the global box office. With this film, Allu Arjun became the first Telugu actor with two consecutive films earning more than ₹500 million worldwide.