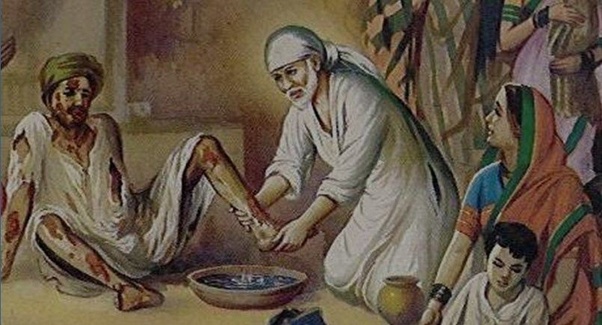 We all know sai baba from Shirdi, some believes he is a god, some believes he is a Fakir, some believes, he is a Human with Humanity which is not present in Humans Now a day, But the question is who is sai baba is he a god, helper, normal human with super-powers.
In this article I am sharing some unknown facts About Sai baba which makes you to Respect him,
#1: There are nearly 2000 Sai Temples around the World Not only in India. The sai sansthan May be the Richest Temple after Tirupati.
#2: Sai Helped Distressed People, It Was not considered as miracle but it was not done to show off his Power…
#3: Nobody Knows sai’s Real name. He looked like a fakir who lived only on Alms he Proclaimed people from Religious Books.
#4: It is not clear that to which religion baba belongs from because of perception that most of Hindu Gods have their ears pierced, but sai baba did not pierced Ears.
#5: Shirdi sai baba sings about Rama and Shiva in Masjid (Muslims Place of Worship) and about Allah in Hindu Temple. He use to praise Allah and Ishwar both and hence said “SABKA MAILK EK”
#6: He was basically born in Brahmin Family hence people consider him as Brahmin. But according to baba’s Statements he was handed over to fakir who bought him up in Islamic faith.
#7: Once few visitors at Shirdi wanted to take his picture but baba denied, after a lot of convincing baba Agreed but only to click the picture of his feet. But they took baba’s whole picture they realized later that only his feet’s were there in developed picture.
#8: In his teachings sai baba draw attention to the importance of performing ones duties without attachment to early matters and of being content regardless of situation.
#9: Sai baba disciples and devotees claimed that he performed many miracles like raising things in Air, mind reading, entering a state of Samadhi at will, lighting lamps with water, curing the unknown disease and incurables and also preventing the Masjid falling on Peoples.
#10: For around 5 years, baba lived under a neem Tree and use to wonder in the Jungles around Shirdi
This things made me to respect sai baba even More…
JAI SAI RAM!!!