Skip to content
If you are referring to Sai Baba of Shirdi then he was not a GOD. Infact, he was a messenger of god who was miraculous. Sai Baba was an indian spiritual master and hindu/muslim saint who is said to be the incarnation of lord Shiva and Dattatreya. He was a beggar but not an ordinary one.
Saibaba led an aesthetic life, sitting motionless under the neem tree and meditating while sitting in an asana.

The people of village were wonder-struck to see such a young lad practicing hard penace, not minding heat or cold. By day he associated with no one, by night he was afraid of nobody.

His presence attracted the curiosity of the villagers and religiously inclined such as Mhalsapati, Appa Jogle and Kashi natha regularly visited him, while others such as the village children considered him mad and threw stones at him. After sometime, he left the village, and it is unknown where he stayed at that time and what happened to him. However, there are some indications that he met with many saints and fakirs, and worked as a weaver; he claimed to have fought with the army of Rani Lakshmibai of Jhansi during the Indian Rebellion of 1857. He retured to Shirdi in 1958. He lived under Neem Tree, often wandered for long periods in jungle around Shirdi. His manner was said to be withdrawn and uncommunicative as as he undertook long periods of meditation. However, he used to have fun at times. He used to dance in Qawali, smile and shake his head while listening to Sufi. 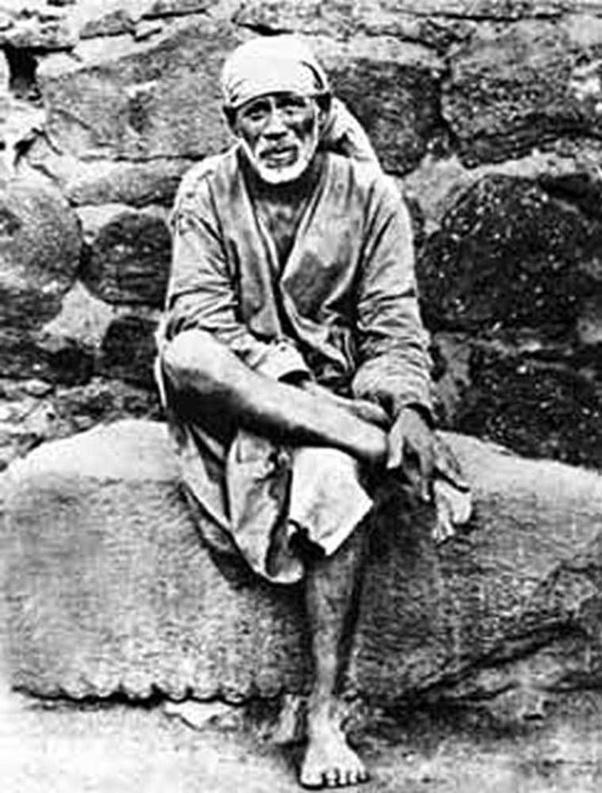 Saibaba’s birthplace and birthdate remains unknown and is debatable due to lack of evidence and no definitive information exists to prove it. Saibaba did many miracles during his lifetime. His disciples and devotees claim that he performed many miracles such as bilocation, levitation, mindreading, materialisation, exorcisms, entering state of Samadhi at will, lighting lamps with water, removing his limbs and intestines and sticking them back to his body (khandana yoga), curing the incurably sick, appearing beaten when another was beaten, preventing a mosque from falling down on people, and helping his devotees on other miraculous ways. He also gave Darshan (vision) to people in the form of Sri Rama, Krishna, Vithoba, Shiva and many other gods depending on the faith of devotees. According to his followers, he appeared to them in their dreams and gave them advice. His devotees have documented many stories.
Despite of performing various miracles, Saibaba never claimed himself as god. He said that he was a messenger of god who came in earth in order to teach good things to people. His religion is still controversial. Nobody knows whether he was hindu or muslim. His famous quote is Sabka Malik Ek which means everyone’s master is one, pointing his finger towards upside. That means God is everywhere but not in a physical form. 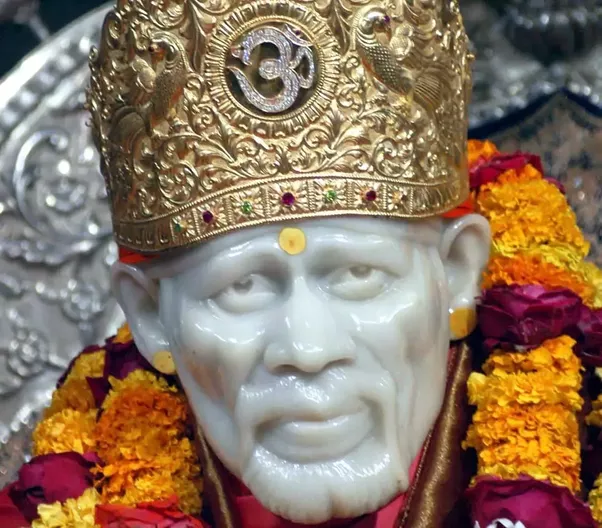 Saibaba is worshipped by hindu devotees because he did many miracles in his life. He cured the incurably sick people. He did many unbelievable and unexplainable things which is why he is considered as God. He was not an ordinary saint or a fraud, he was either a messenger of god or an incarnation of god himself who came to this earth on purpose. There are many temples in India and other hindu dominated countries, established in the memory of Shirdi Sai Baba.