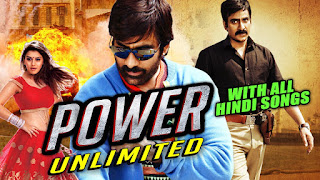 The movie story deals with Baldev Sahay who is shown to be a corrupt yet valiant police officer working as an Assistant Commissioner of police in Kolkata. In an attempt to save a dreaded gangster named Ganguly, he loses his life and Ganguly is kidnapped by Baldev’s allies Kundan and Rajeev. The Home Minister Jayavardhan is concerned about Ganguly being apprehended. Upon hearing the news of Baldev’s death, his mother loses consciousness and is admitted to the hospital.
Jayavardhan promises to the people that he will apprehend Ganguly bhai and offers his resignation if he is not successful doing the same. The media and the people comment on how an honest man like Jayvardhand had a really bad brother. Meanwhile in Hyderabad, Tirupathi, a look-a-like of Baldev Sahay, is a happy-go-lucky guy whose sole aim in life is to become a police, officer. He lives with his brother-in-law Animutyam who is a circle inspector and every now and then, he steps into Animutyam’s shoes to live his dream, albeit for a short period of time. To change his fortunes, he approaches Nirupama who claims to be a trader in gemstones relating to astrology, which can change a person’s fortune but in reality she is just a con-woman. She gives him a ring which actually has no powers.
Tirupathi ends up helping his brother-in-law to apprehend a dangerous criminal. However, Animutyam takes all the credit at the press meet which Tirupathi also attends. Animutyam later reveals that he had rejected Tirupathi’s application to the police academy and that he resents him. By chance, Jayavardhan notices Tirupathi on the news. Just when it looks like his dream will never come true, Tirupathi is approached by Jayavardhan to take the place of Baldev and pretends as a person with noble intentions to put Ganguly in Jail. Tirupathi accepts it and visits Kolkata. He is posted to Kalighat and impersonating as Baldev, frees Ganguly from Kundan and Rajeev. He takes Ganguly to Jayavardhan. Jayavardhan stabs Tirupathi, severely injuring him. Jayavardhan reveals to Tirupathi that Ganguly is his actual brother and not Baldev as he had made him believe. He leaves Tirupathi to his fate. Kundan and Rajeev later track him down and treat him. When he recovers, they narrate the story of Baldev to Tirupathi.
: