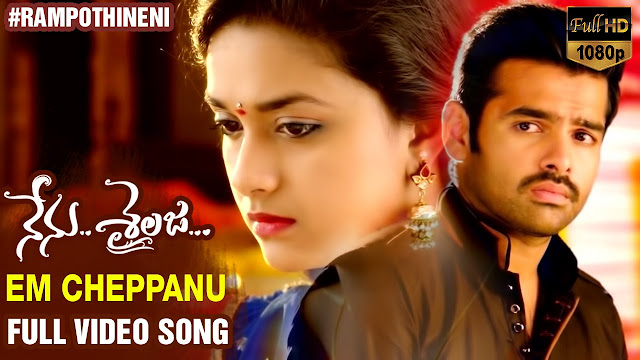 Hari (Ram), a DJ in Vizag, proposes to many girls none of them accept his love. One day he sees a beautiful girl Sailaja (Keerthi Suresh) and also impresses her but doesn’t propose to her fearing that he would be rejected. Hari spends some good times with Sailaja and right when he proposes his love, she rejects him point blank. An upset Ravi continues with his life and as time passes by, he gets a huge clue which could help him getting back his love.

A guy, after getting rejected by ample number of girls falls for a girl with whom he wants to spend the rest of his life. However, the girl has a problem due to which she too rejects him. Will the guy win back her love and how forms the rest of the movie.

Though the story line and some scenes in the movie look so routine, the feel that’s been carried in the movie gives a great positive edge to the movie. Since the very start of the movie, it’s taken close to reality and that makes audience to relate to the subject. The humor elements are a added advantage. Great music, Cinematography and character development adds to the advantage of the movie.

For more updates about Nenu Sailaja Movie and me :