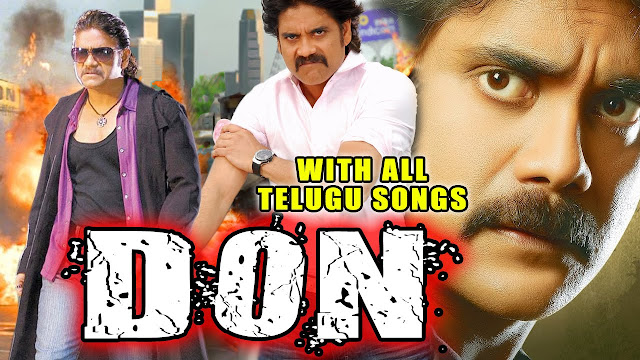 The story begins when a teen named Suri escapes and finds a drug dealer tormenting some little boys. Suri guns down the drug dealer. One of the boys, Raghava expresses his wish to join him. The rest of the boys too become Suri’s helpers and eventually his henchman. The film continues 20 years later with Suri and Raghava and with the establishment of the fact that Suri is the Don with a golden heart.

Then of course, he has Raghava as his sidekick, who adores him to death. Together, they rule the underworld of Andhra Pradesh. Since he is the unopposed kingpin, our don even has time for a song and dance on his birthday with his basti people. Everything is peaceful and hunky dory. But only till Feroz enters the scene.

Feroz is a feared don throughout India and he wants to add Andhra Pradesh to his underworld fiefdom. That’s what sets off the battle of the dons. Suri begins to upset Feroz, because Suri refuses to work with Feroz. In many attempts to kill Suri, Feroz’s men get killed.

One man wants to kill Raghava. Eventually, Don lets Raghava kill the man because the man also hosted a hideout for Feroz’s men in Hyderabad. Meanwhile, Don falls in love with Priya, at first she doesn’t like him but later she also begins to like him.

Raghava also finds a girl he likes. In that process, Raghava is cornered, where his fiance Nandhini, ends up being on the villains side. Raghava is killed. In a final meet between Suri & Feroz, Feroz returns Raghava’s bullet ridden body and challenges Suri for a fight on a condition that ‘A person will lose 2 of his men for each fall he takes’.

Angered & heartbroken on Raghava’s death, Suri accepts his challenge. As the fight progresses, Suri loses 2 of his men. Determined to win, Suri continues the fight and thrashes up Feroz & his two well trained women bodyguards. The fight ends with Feroz getting killed by Suri & he warns Feroz’s remaining men not to be like their boss or else they’ll end up like him.