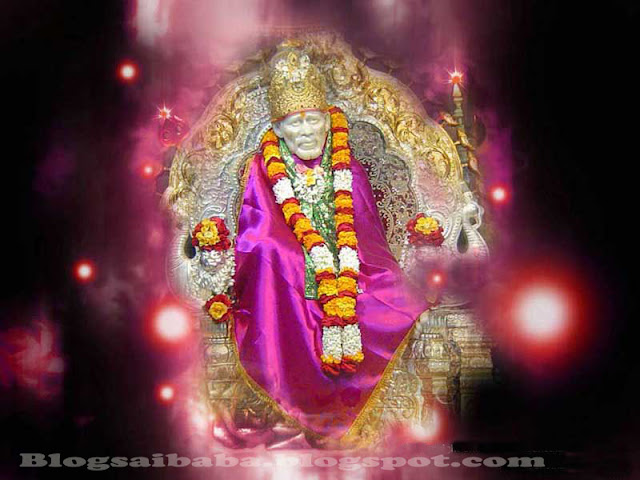 Shri Sai Baba’s life and teachings are well documented in Sai Satcharitra by Shri Hemadpant in Marathi which was personally blessed by Shri Sai Baba.

Shri Hemadpant got Shri Sai Baba’s blessings in 1910 to write this work. Said Shri Sai Baba “Let him make a collection of stories and experiences, keep notes and memos; I will help him. He is only an outward instrument.” Subsequently SaiSatcharitra has been translated into a number of different languages. The one in English is called Shri Sai Satcharitra by Shri Nagesh Vasudev Gunaji.

The following is a very short summary on the life of Shri Sai Baba to serve as an introduction. We recommend that you read one of the more authoritative books to really understand the life and teachings of Shri Sai Baba.

Chandbhai, the headman of a village called Dhoopkhede (in Aurangabad, India), once lost his horse and was looking for it. Suddenly he heard a voice say “You look tired. Come here and rest a while”. He turned around and saw a young Fakir (Baba). The fakir smiled at him and said “What are you looking for in this jungle, Chandbhai”. This surprised Chandbhai and he wondered how the fakir knew his name.

Slowly, he said “I have lost my horse. I have looked for it everywhere, but cannot seem to find it”. The fakir told him to look behind a clump of trees. Chandbhai was pleasently surprised to find his horse grazing peacefully behind those trees. He thanked the fakir and asked his name. The fakir said “some people call me Sai Baba.”

Sai Baba then invited Chandbhai to have a smoke with him. He got the pipe ready, but there was no fire to light it with. Sai Baba thrust a pair of tongs into the ground and brought out a burning coal. Chandbhai was wonderstruck. He thought “this is no ordinary person” and invited Baba to come to his house and be his guest for a few days.

Next day Baba went to Chandbhai’s house and found everybody in a very joyful mood and festivities going on all around. He found that Chanbhai’s wife’s nephew was getting married. The bride was from Shirdi and the marriage party was going to Shirdi. Chandbhai invited Baba to accompany the marriage party to Shirdi. At Shirdi they camped in a field next to Khandoba’s temple.

After the wedding, Saibaba stayed on at Shirdi. At first he lived under a neem tree and begged for food whenever he needed it. He then went to Khandoba’s temple, intending to stay there, but the temple priest met him at the entrance and told him to go to the mosque. That is how Baba, started staying at the Mosque which was later called Dwarkamayi.

Baba preached at Shirdi all his life and performed numerous miracles to convince people that God exists. He healed people’s diseases, provided moral and material comfort to his Devotees. Baba helped bring Unity and Harmony between all communities. He said that God is one, but called by different names. He said follow your own religion and seek the truth.

One day a rich millionaire named Booty came to Sai Baba and said he was going to construct a stone building for Shri Krishna. Baba helped him plan the building. Before the building was completed Baba fell very ill. On the 15th of October 1918, he breathed his last. His last wish was to be buried in Booty’s building.
Booty’s stone building came to be known as Samadhi Mandir. Shri Sai Baba was buried here and a beautiful shrine was built over it. To this day, people flock to Shirdi to pay homage to Shri Sai Baba