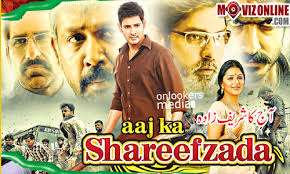 A young journalist Bharathi (Genelia D’Souza), along with two of her friends, investigate a series of terrorist attacks which have taken place in Chennai and also illegal activities like women trafficking. When they are caught video-recording illicit activities happening in a secluded house one night by a group of thugs, they attempt to flee from them. While Bharathi’s friends are killed, Bharathi manages to escape despite being stabbed by one of the thugs. But after the attack on Bharathi and her friends, the thugs’ vehicle explodes due to a small mishap when a matchstick falls over petrol packets stored in the vehicle, killing all the thugs. Bharathi comes up with a new idea to eradicate society’s evils by creating and propagating a fictional character called “Velayudham” who wants to clean up the city of terrorism and other illegal activities.
The scene then shifts to a village called Pavunoor, where a milk vendor named Velayudham aka Velu (Vijay) is residing with his younger sister Kaveri (Saranya Mohan), whom he loves dearly. There is also his cousin Vaidehi (Hansika Motwani), who is infatuated by him and even seduces him by showing him her navel. One day, they together leave for Chennai to collect money from a chit fund for Kaveri’s marriage. At the Chennai Egmore railway station, Velu’s money is stolen by Speedu (Santhanam), a petty thief. He pursues Speedu on a motorbike parked at the station and manages to get back his money, but moments after alighting from the bike, the bike explodes. The parked bike was meant to ensure a terrorist attack at the railway station, and thus, Velu inadvertently thwarted a deadly terrorist attack which would have killed several people. After a few more incidents where Velu unknowingly prevents more terrorist attacks, he comes to the attention of Bharathi. She convinces him to take up the role of Velayudham and provide hope to the people. In the avatar of Velayudham, Velu starts to eradicate the evils that pertain within the society such as corruption, prostitution and terrorism among others. He soon gains wide support and acceptance among the public and even the police.
A few months later, Velu returns to Pavunoor for Kaveri’s marriage. Unknown to him, the leader of a terrorist group Muzamin Ibrahim (Abhimanyu Singh) follows him to the village. Ibrahim wants to kill him since he, in the garb of Velayudham, had thwarted every terrorist attack he had planned in Chennai. On the day of Kaveri’s marriage, a bomb planted by Ibrahim at Velu’s house explodes, killing Kaveri.
A few days after Kaveri’s death, a grieving Velu learns from Bharathi that the corrupt Home Minister of Tamil Nadu Ulaganathan (Vineet Kumar) is responsible for the terrorist attacks and also Kaveri’s death. He allowed Ibrahim to carry out terrorist attacks in exchange for money. He even tries to gain popularity by claiming Velayudham as his idea, planning to reveal Ibrahim as Velayudham’s real identity in a function at the Nehru Stadium, Chennai. Velu returns to Chennai, kills Ibrahim, exposes Ulaganathan’s misdeeds and reveals himself as Velayudham to the whole world.